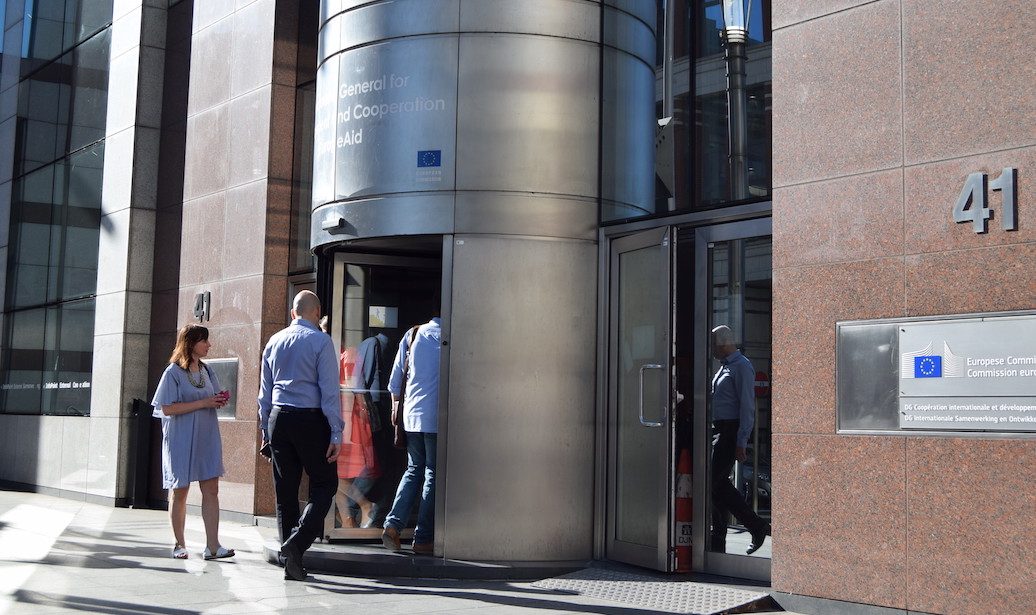 Equal pay for equal work? At the European institutions, this is far from true. Alongside well-paid employees, the EU Commission increasingly relies on personnel employed via external companies. Hardly anyone is aware of the extent of the practice, the poor working conditions and wage disparities.

“People who do the same job at the same place should be getting the same salary.”  In his State of the Union address in September 2017, the President of the Commission, Jean-Claude Juncker, insisted that there should be no second-class workers in the EU – yet that is exactly what is happening in his own institution.

It is not unusual in Brussels and Luxembourg to meet intramuros workers employed by private companies on behalf of the EU. Some of them agreed to talk to REPORTER about their situation and discuss the details of their employment contract on condition of anonymity.

One of them is Marie*. Before landing the job to work on a EU-database, she was a trainee at the EU. Payment for Marie’s work flows from the EU to her employer, who only transfers a fraction of this amount to Marie herself. The EU Commission refused to tell us upon request how much exactly it pays external companies for profiles such as Marie’s. But fact is that her gross salary only amounts to a third of that of EU officials with the same qualifications, as indicated by the EU’s official salary table. Unlike EU officials and contract employees, “intramuros” workers don’t get additional holidays, no free language classes, no tax benefits.

Marie’s experience is not unheard of in Brussels. In a similar case, the Commission was looking for a project manager with a lot of responsibility for a gross salary of 2,000 euros – the net salary would roughly match that of an EU intern. The interested candidate however found out that for such a profile, the EU Commission pays around 8,000 euros a month to external companies. Even after deducting taxes and social costs covered by the employer, the external company still walks away with a substantial margin. According to our research, this is by no means an isolated case.

The Belgian capital is a shark tank, where hundreds of young, eager graduates are shamelessly exploited by companies like Marie’s employer. And while this strategy could be justifiable in the private sector due to high competitive pressure, it should be a clear taboo at EU institutional level. Especially since the EU Commission is known for demanding high labour law standards from member states and companies.

Nicolas Mavraganis, Vice President of the “Union Syndicale Fédérale” (USF), the Trade Union Federation for EU employees, confirms this frequent use of intramuros workers by EU institutions. “I have often seen three or four different profiles – say an EU official, a contract agent and an intramuros – doing exactly the same work within the same department. But their working conditions and contract terms could hardly be more different,” Mavraganis states in an interview with REPORTER. The trade unionist also denounces the wage disparities. The salaries are in no way adapted to the qualifications, performance or workload of the intramuros, he says.

Working as an EU official in Luxembourg, Mavraganis knows the system and its problems, and he doesn’t hold back: “It is a clear case of social dumping.” The outsourcing practices have significantly increased in recent years, he confirms.

Exactly how profitable the business with the EU is for some companies can be deduced from the EU’s Financial Transparency System (FTS): The two companies Ausy and ICF Mostra – said to be key players when it comes to winning EU calls for tenders concluded a total of 470 framework-contracts with the European Commission in 2017. Overall, they were paid 70 million euros for their services. Via their joint venture Novacomm, the two companies support the management of some of the EU’s official webpages and coordinate social media management.

Another Luxembourg-based key player is the IT-consulting firm Intrasoft International. Together with its Belgian subsidiary, it concluded more than 2.670 different contracts with the European Commission in 2017. Intrasoft itself won tenders for an overall amount of 76 million euros. The firm is involved in the streamlining of the EU’s entire IT system.

The EU Commission itself does not know how many intramuros workers it relies on and spokespeople were unable to provide concrete information regarding the framework agreements regulating their recruitment. REPORTER was finally referred to the EU Financial Transparency System (FTS). However, as it turns out, the FTS is anything but transparent.

Here’s just one example regarding the amount of external workforce required: In 2013, the EU Directorate General for Informatics (DG DIGIT) simultaneously issued various calls for four-year tenders. DG Digit estimated the workload to 2.400 full-time positions. The tender specified that the work should be carried out primarily by intramuros in Brussels, Luxembourg and other locations.

So why doesn’t the Commission recruit directly? According to an EU official, direct recruitment falls under a different budget, generating the need for an official request and a separate financial control process. Due to the Commission’s cost-cutting measures, this is no longer an option for most departments. Intramuros workers, however, are readily available and can be easily dismissed. If they turn out not to be a good match or do not perform as expected, they are easily replaceable.

According to the trade unionist Nicolas Mavraganis, the pressure comes from the top: Member States want to reduce their contribution to the EU budget and impose austerity measures on the Commission.

Overload work at the EU

The route via external companies is the only way to meet the department’s workload, says a EU official responsible for hiring intramuros workers. The EU budget manager we spoke to deplores: “I know how precarious the situation of external workers often is. But there is nothing I can do.”

One specific example illustrates the ruthlessness of the external companies. The EU official tells us how she once tried to ensure the intramuros in her department to get properly remunerated for the work provided. To that effect, she deliberately upgraded the profile of an external worker. As per Commission guidelines, remuneration is determined by the job profile and title. The profile adjustment resulted in a higher EU-spending for the services of the intramuros, and should as such have resulted in a higher salary for the intramuros – after all, he now officially had more responsibilities. In reality however, this is not what happened. When the official asked the intramuros about his improved salary, it turned out that the company had simply kept the additional money from the Commission as profit.

What is more, the external companies exploit the legal grey areas of labour law, such as working hours, notice period and sick days.

In an interview with REPORTER, Spyros Pappas, General Director of various EU Commission departments from 1995 to 2001, calls out the hypocrisy of the EU institutions. “The intramuros work for the common interest. It would only be fair that the Commission concludes direct contracts with them,” says Spyros Pappas. He points out, however, that the current system does provide these workers with an easy foothold in the Commission, bypassing the otherwise necessary recruitment tests.

How MEPs react to the scandal

The German MEP Wolf Klinz (ALDE), who sits on the Committee on Budgetary Control and the Committee on Economic and Monetary Affairs of the EU Parliament, says the large-scale use of intramuros workers by the Commission is “shocking”. The German MEP Sven Giegold (Green Party), the European Parliament’s rapporteur for transparency, accountability and integrity, points out the many privileges permanent EU employees enjoy. The tax exemption they profit from is well-known. Giegold sees a clear contradiction. “On the one hand, the Commission freely hands out benefits to its officials and never questions these. On the other hand, we have third party companies making profits while workers with precarious working conditions do the same work as the official employees,” the Green MEP complains.

In order to justify the practice, the Commission argues that it is often looking for very specific and hard to find job profiles. Considering how many of the hires are junior profiles with little professional experience, this argument doesn’t hold. According to data available to REPORTER, many EU-trainees are later recruited as intramuros. They are often multilingual and have several degrees, while they are easy to manipulate and willing to take any salary in order to stay in Brussels, trade unionist Mavraganis confirms.

An affected worker summarizes the work relationship between the intramuros and the EU institutions. He says: ‘We can’t expect any help from the Commission. We are not their employees, so why should they protect us?’

Today’s intramuros are often proud advocates of the EU who dreamed of getting a foot in the door of its institutions, eager to contribute to the project of a unified Europe. Many of them have since given up their hope of someday becoming a permanent EU official.

*The name was changed by REPORTER to protect the person’s identity.

Do you want more of this kind of journalism?

REPORTER is a digital magazine in Luxembourg. We publish features, background reports and analyses on political, economic, social and cultural subjects on a daily basis, without being news-driven.

REPORTER is an independent source of news and view, and we operate publicity free. Thanks to our supporters and subscribers, who participated in our crowdfunding project to champion a different kind of journalism, we are free from political and economic influence. By subscribing to reporter.lu, you too can promote independent journalism in Luxembourg. Our articles are currently published in German and French but we are looking to find out how many people would be interested in an English product.

Who we are: REPORTER was founded by two journalists, who had the courage to try something new, Christoph Bumb and Laurence Bervard. Currently our team is made up of five permanent contributors.

Note: This article is based on a translation of the following original articles: 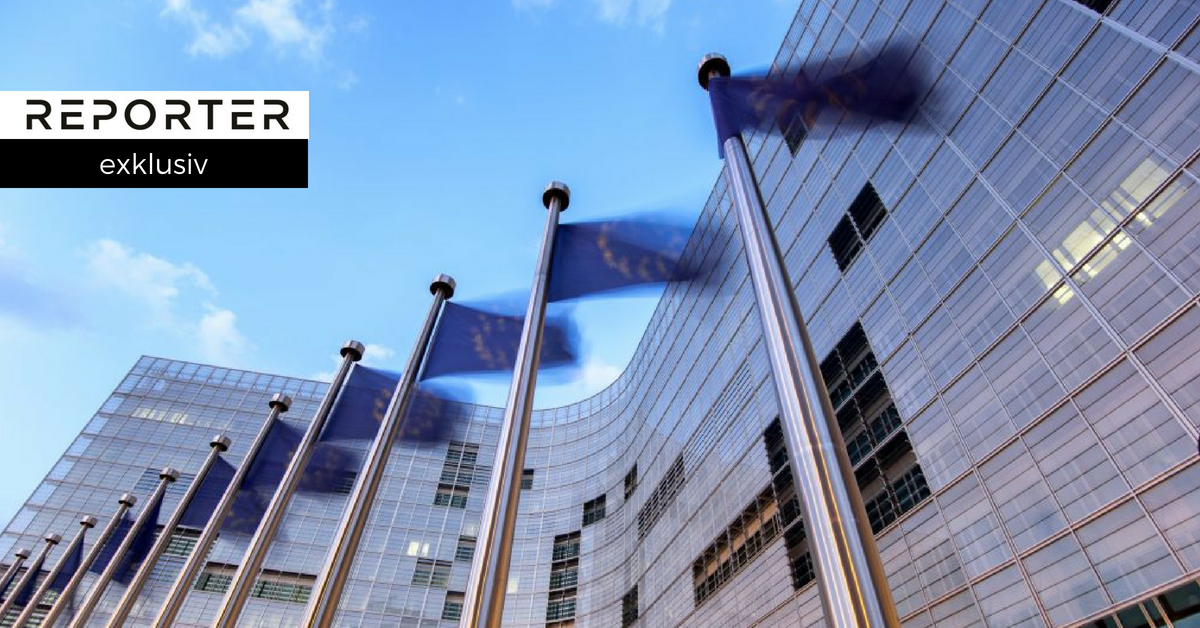 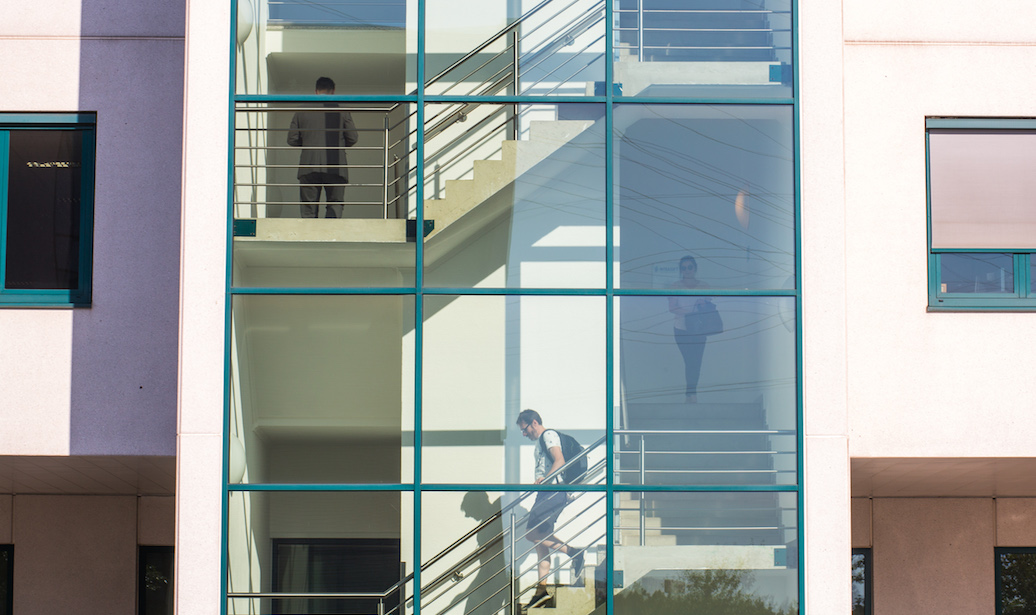